The Hebrew stone tablets of Parur synagogue, and the black mark on it 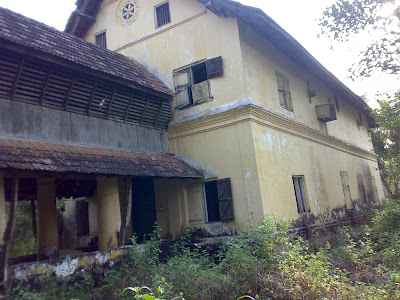 It was in early 2009, I paid my first visit to the Parur synagogue, since then one thing swayed my mind back to that sanctuary, and there is a reason for that. It was a centuries old Hebrew stone inscriptions which dragged my attention, initially it was just a curiosity of a calligrapher who happened to see centuries old Hebrew letters, But during my later visits, my basic instinct of questing a conundrum or a paradox has taken it.. 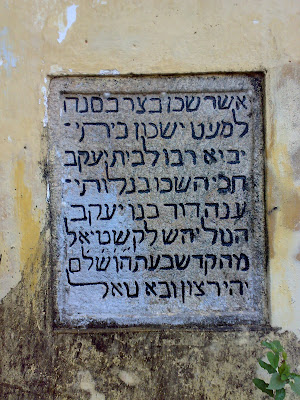 My first impression about it wasn't something more than it being a dedicatory stone, but my failed attempts to interpret those words made me to discern more about it. But for a long period it remained bewildered. There were few challenges in interpreting the inscription. The constrains were, the space between the words, unfamiliar words and so on...


The difficulty in deciphering was result of an undated beautification work done to highlight the verse on the tablet with black paint to make it legible, which literally made the tablet's intelligibility a real gaffe and leading the quester to end up in an erroneous interpretation.

The probable date of the beautification on the stone tablet would be before 2000's, way before the renovation works under Muziris project initiated by the archaeological department of Kerala. 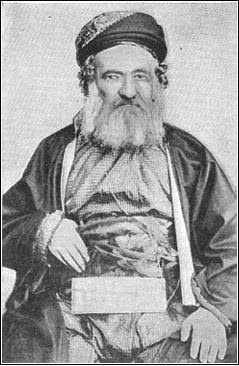 Portrait of Jacob Saphir, the Jewish traveller and the author of "Eben Saphir"

Even though the real tablet's current condition is gaffe, fortunately those words were well recorded. First among them was the great Jewish traveller and researcher Jacob Saphir who visited Kochi in 1860. In his travel diary "Eben Saphir", he had published this verses. Followed by David Solomon Sassoon in Ohel David (1932), Aaron Grenbaum in his Journal, ‘The Cochin Jewish Community, Impressions from a Mission to India (1966) where it’s given with English translation and I.S. Hallegua in his personal records (1988). Rabbi Saphir’s version has a minor variation in the sixth line, but the rest of authors have read alike.

This poem was even part of the piyyutim (Jewish liturgical poem) and still remembered by the community in Israel. click here to hear the poem.

This dedicatory note/poem gives the details that David Ben Jacob Castiel was the one who initiated the rebuilding of the synagogue in the Hebrew year ה'ו'ש'ל'ם ie 5376 (which is equal to the year 1616 AD), the meaning of the word ה'ו'ש'ל'ם is " was completed". Besides it being a dedicatory note, beauty of this verses is that the poet hallmarked his name which makes this poem an acrostic, which cleverly hides the name of the poet. The hidden name "אליה עדני" Eliyah Adeni, A 17th century Hebrew poet from Cochin — Eliyah ben Moses Adeni who died in 1631. This brilliant piece of work actually depicts the aptitude and knack of the poet..and the literary richness of the Jews of Malabar.

On a detailed analysis of the tablet, we can point out the errors in the tablet according to the available records. Here is a table of comparative study which also shows the evolution of the error which occurred in it. 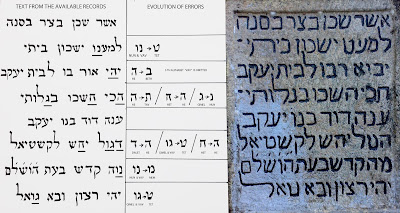 As shown in the table above few many alphabets like "ו","ג", "נ" are merged and appear to be entirely different alphabet like "מ" and "ט" . Few alphabets like "ה" ,"ג","ד","ח" are interchanged with similar looking alphabets. One alphabet "ו" is not highlighted in the 3rd line and left it as it is, a close examination will show that there is a mark of engraving in it.

The intruded attempt to highlight the verse had even ruined the remarkable feature of the acrostic poem and made poet's name itself erroneous. Which could be fetched by arranging first alphabets of each lines. 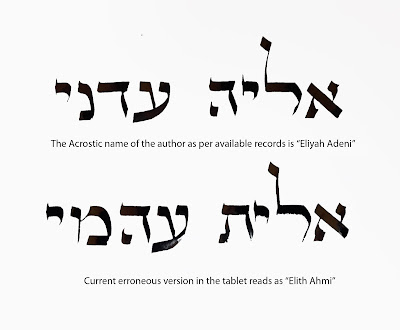 The real name of the poet and its current status.

This stone is exhibited in the Parur synagogue which is now a Jewish Museum, visited by travellers around the globe. From my personal experience I have met few scholars and Jewish travellers who couldn't decipher the content out-rightly, because of this above mentioned issues. As a justice to the great poet and his work, the black paint should be removed using modern technique and the words should be re-written. If it is not possible, the authority should at-least consider installing a small plaque explaining the meaning and history of the tablet, for the future generation.

Snapshots from the exhibition...

A blog about my calligraphy work and random posts....

Thoufeek Zakriya
I am an Indian Muslim who does Calligraphy in Hebrew, Arabic, Aramaic, Syrian, Samaritan and obviously English. Even interested in history of Kerala Jewry.I am from the historic town of Cochin in India.where there is a glorious past story of ancient jewish community remains, but i am a Chef by profession.

links to the articles published where I am featured or mentioned.

An article in Tablet Magazine, by Alyssa Pinsker 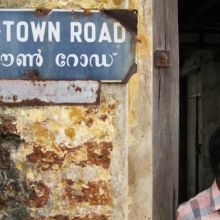 An article in BBC travel, by Alyssa Pinsker

Hebrew-Arabic Calligraphy From God's Own Country

A bond that cuts across religion, prejudice 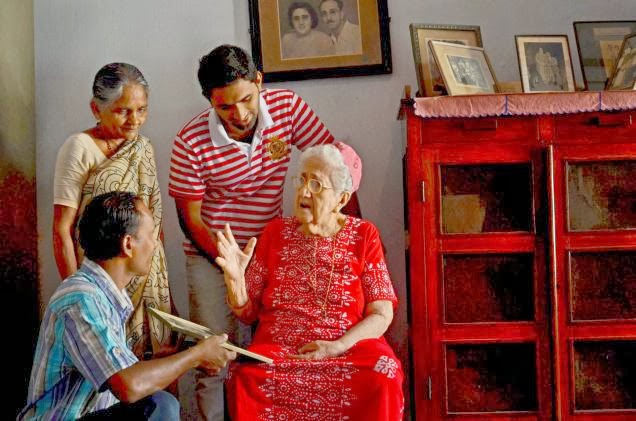 An article about me in The Hindu, S Anandan 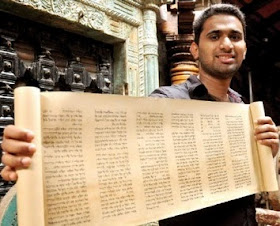 An article about me in Indian express by Shevlin sebastian.

Among Indian Jews, a Muslim Finds Calligraphy and Kinship 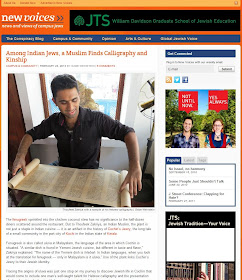 An article from New voice, by Gebe Weinstein. 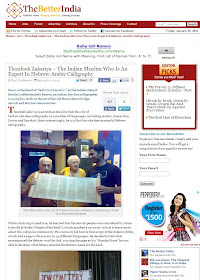 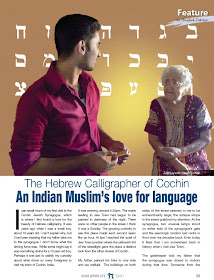 Calligraphy to Bridge Religious Communities in God’s Own Country 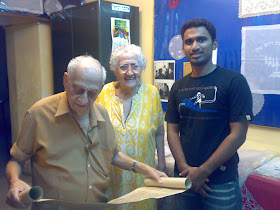 An article from India future of change

News from The hindu newspaper 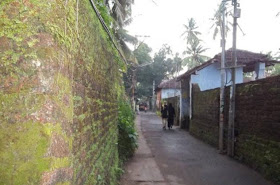 Its about rediscovery of Jewtown in Calicut, Kerala 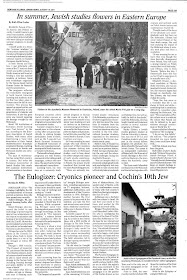 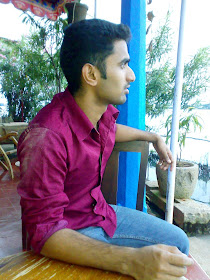 A news from Indian Express 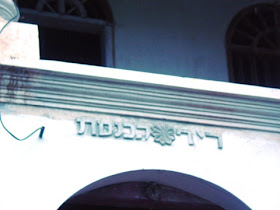 its about my views.(but editorial mistake exists) 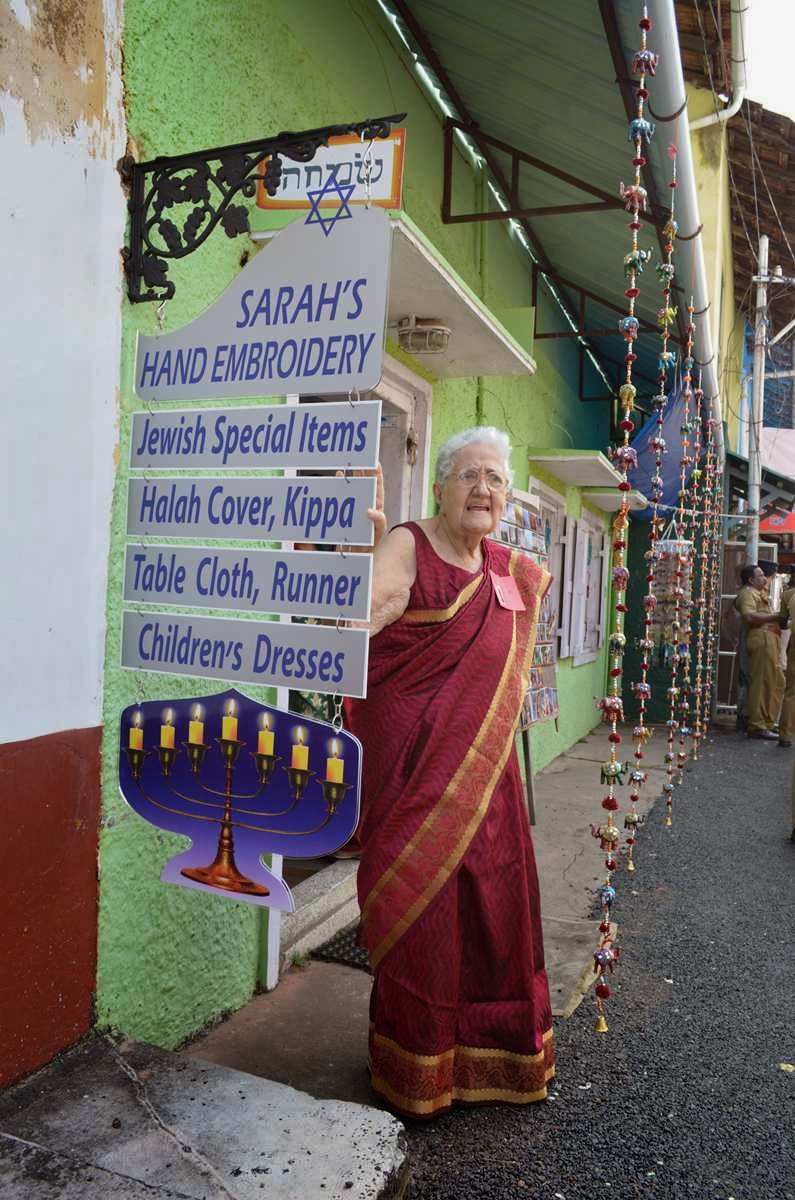